2016 "Common Future Based on Common Interests"

UNDP Dialogue for the Future 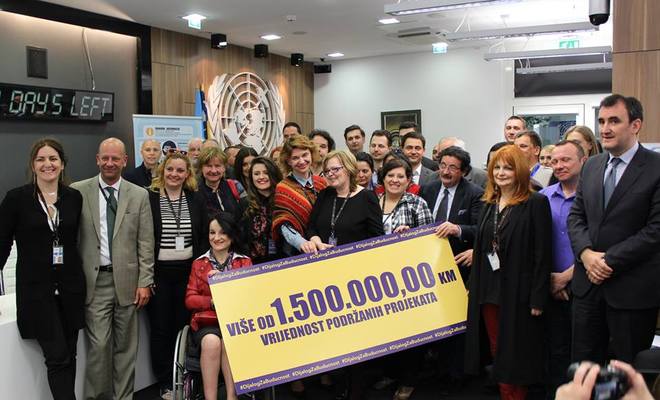 Based on a joint initiative of the BiH Presidency and the UN Secretary General, as well as the recognised need to give space for dialogue and promotion of coexistence in BiH, the UN Team in BiH led by the UN Resident Coordinator and in cooperation with the BiH Presidency has developed a project entitled "Dialogue for the Future: Promoting Coexistence and Diversity in BiH" jointly implemented by UNESCO, UNICEF and UNDP.

The Medical and Biological Engineering Society in Bosnia and Herzegovina is one of the winners of a grant in the field of education, with the project "Common Future Based on Common Interests", with the key goal of supporting social cohesion, coexistence, intercultural understanding and promotion and development of biomedical engineering in BiH.

On 21 April 2015 in the Congress Hall, UN building in Sarajevo, a symbolic grant was awarded to all winners in the field of youth, culture and education, and an agreement was officially signed between the Medical and Biological Engineering Society and donors. Zuri Afanasiev, UN Resident Coordinator, welcomed all the winners and wished them a successful implementation of the project.

In the field of education, 11 grants were awarded for the project implementation. Of the large number of applications, the project of the Medical and Biological Engineering Society in BiH was among the best ones which received support for the implementation.

Competition for the Best Short Film

Study Visits of Young People to Other Parts of BiH